For the last 5 or so years, I’ve actively been on the path to COO. I don’t mean, “in retrospect I now see I’d been on this path all along.” I mean I have had a post-it note above my desk with a checklist for years.

I could see that I was getting too comfortable in my People Operations space earlier in 2019, and while I moved into a new role during the pandemic, I was being approached for various CPO roles which I made the difficult decision to pass on. I wanted a role that put me directly in the path of what I knew I was ready to do: leading operations.

How I got here

I’ve always been a commercially minded People leader. Like many roles, different people make the job their own, and I’ve always tried to take my responsibilities in HR and People Ops and turn them into something that worked to my strengths: broad, operational, strategic, and deeply commercial.

I made the active decision to complete my law dissertation in an operationally appropriate area, to take on opportunities to model and manage P&Ls, and to lead teams outside of People Ops (facilities, operations, project management). All of these decisions were in service to my goal of moving into COO roles and responsibilities.

A few weeks ago I spoke at an event called So you Wanna be a COO? We spent plenty of time just talking about what exactly the job is… before confirming that there is no such thing as a ‘straight line’ into the role.

Despite that, I’ve often seen the path to COO advertised as quite generic and (for many) unapproachable: Management consulting and MBAs (Master Business Administration).

However, in my experience, the best things you can cultivate for a COO role are: a deep understanding of business, people management skills, and knowledge of the startup ecosystem.

More and more frequently, I now see other senior People leaders move from People Operations into COO positions. It’s a smart move for businesses and is something which has taken too long to become the norm.

So that’s what I am going to talk about today: the path from POps to Ops.

What is a COO?

Ask almost any Chief Operating Officer (COO) what their role is, and you’ll receive a range of responses. Indeed, HBR published a wonderful article which outlined the Seven Kinds of COO. It is a shared acknowledgement amongst c-suite operators that the role exists somewhat like clay; moving to the shape of the business, the strategy, the executive team, and the individual themselves.

The role of the COO isn’t typical, and it isn’t fixed. Different companies have very different profiles, approaches, and requirements for their COO. (And sometimes these change within a quarter!) However, the responsibilities of a COO in a Seed, Series A, or Series B company tends to include:

I am a specific type of COO. Using the HBR model, I’d place myself somewhere between The Change Agent and the Other Half.

I see the company and it’s culture as a product of its own. You build whatever it is you’re selling to customers, but you also build something else entirely—you’re selling it to candidates and investors, but also more and more to customers. (Because customers care about the companies they purchase from and how they run.)

The CEO is accountable for the whole business: the sum of the company, the product, the brand, and the potential/strategy. Within that, I see my role of COO as being the person responsible for making the company itself valuable.

This is not wholly different to the role I see for a Chief People Officer or VP People, where the product they manage is the culture and employee experience.

A commercially minded People leader who views the culture and business as a product, should have no problem shifting into the COO seat.

Crucially, a COO role requires something which an MBA alone cannot offer, and which is abundant in strong VP People profiles: battle-tested people leadership.

If you are a SaaS business like Whereby, your headcount is likely around 60% of your annual spend. On top of that, your People Operations and Recruitment team manages what is likely the largest portion of your G&A budget. These two financial facts combined mean your People Operations leader is likely looking after the greatest investment your company has right now: your team. This alone should give them the credibility to be considered a highly commercial candidate for COO positions.

The biggest weaknesses for a COO role coming from a People Operations background will be finance — and specifically revenue. The People Operations leaders being considered for this role should already own a budget and grasp how AP functions best.

Furthermore, I think all strong business leaders should be fluent in analysis and know their way around analysis tools like ChartMogul, as well as Google Sheets, so that should be table-stakes.

If you are a company hiring a People-COO, you should build a strong financial foundation under the strategic and operational leadership of a COO, perhaps a Director of Finance. Another alternative, particularly if you are a sales org building an aggressive go-to-market, is to invest in a very financially experienced CCO or CRO.

The path from People Ops to Ops

The path from any career into the COO role is not an easy one to identify. Being the Head of Business Operations doesn’t guarantee you a COO role, which alone highlights the non-linear path into these kinds of positions.

You need to name your intention. Tell your manager, mentor, CEO, or founder you want to move into the direction of COO from your leadership role in People.

Once you’ve named it, you can chase it.

From here, the most important things to focus on building for your move into a COO role are:

I’d say that great COOs usually develop their skills through networking, experience, and education. Don’t overestimate the value of going back to school, either to do a part-time degree, a short-term finance course, or to visit a conference for Analytics.

It is also important to stay aware of the skills you have acquired along the way, making note of key projects or skills you’re working on developing.

The first few months will be hard.

I see myself in this role for life. I love the complexity, pace, and breadth. Even with that in mind, the first few months were rough.

I tell my own team that every promotion should hurt. It’s shifting from the comfortable, the easy, the success — and into the grind of something new: higher expectations, new tasks, less oversight. This alone is one of the reasons many companies elect to withhold promotion until someone is demonstrating 75% of the required role already.

Even if you are already demonstrating your capacity for the COO position, you should feel the hurt for the first few months — and if you aren’t, you are either too comfortable, or not taking on enough.

I was recently at a Operations networking event and someone asked me for my one piece of career advice, and I think it’s important here:

Don’t be afraid to have opinions about what other teams are working on, and how it not just affects your team, but the business at large. If you’re successful in being opinionated it means you have your own work together and on track, and that you’re able to see how it nets out into the bigger picture.

✨
About the Author — Jessica Zwaan is a hands-on Chief Operating Officer. She finds her joy in diverse, kind, and world-changing companies of excellent people, which is why she's at Whereby, where their mission is to build a world where anywhere works. (How fantastic is that?) You can find her on LinkedIn and Twitter.
💬
Continue the conversation — Become a Founding Member and join us in Slack to talk more about the COO role and your own path in ops. 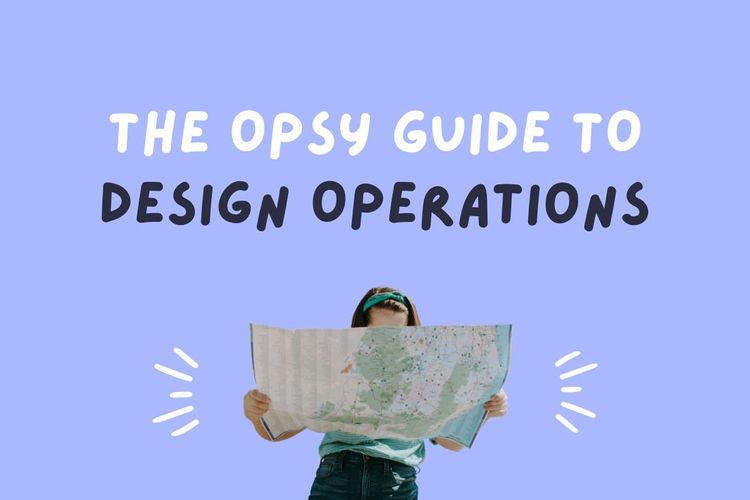 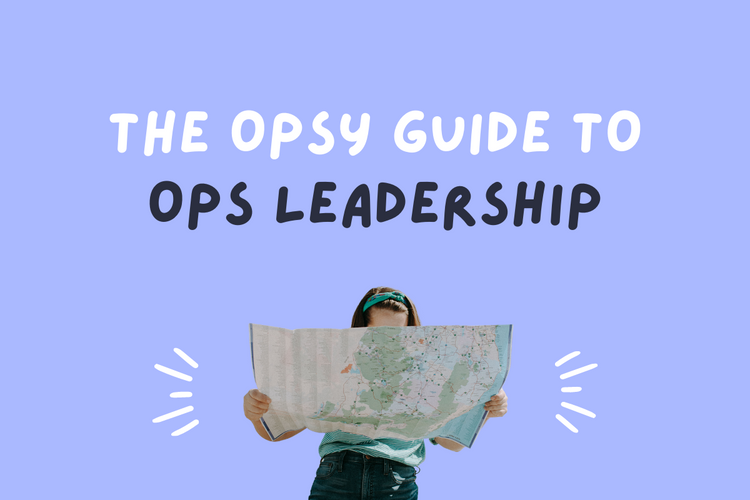 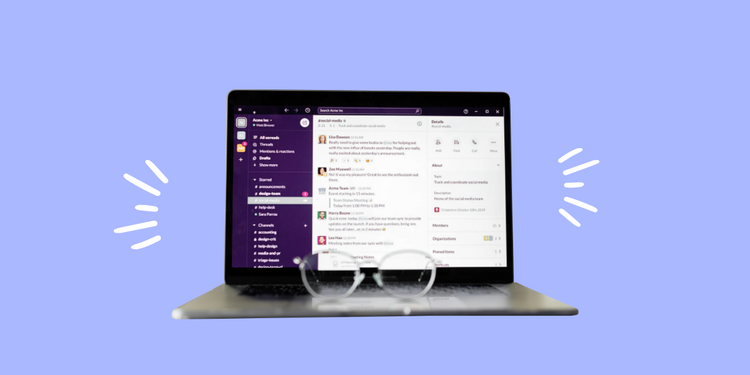 Making the most out of communities

When it comes to work, wouldn’t you love to know all the answers, get tons of support, and have some fun with like-minded folks?
Apr 27, 2022
3 min read
Mar
23 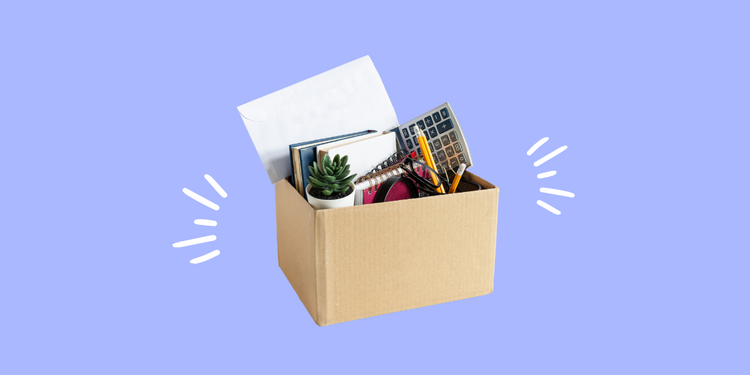 What to do when you're let go from your job

The only thing worse than being let go by your company is not knowing how to navigate the situation. Is this being handled legally? What can you negotiate? What's standard?
Mar 23, 2022
6 min read
Feb
22 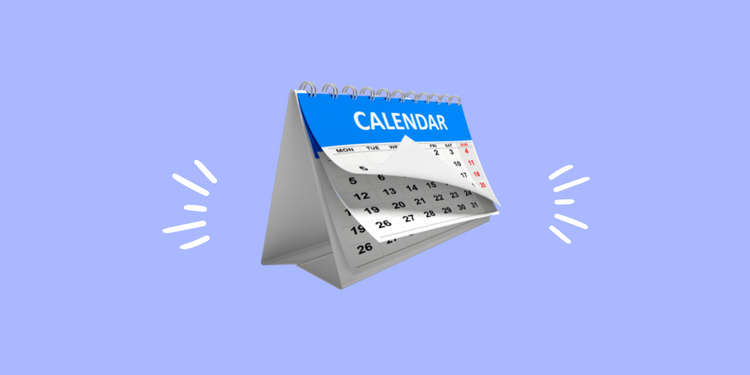 Before becoming Gather’s Chief of Staff, I had no experience in operations or tech. Here’s a peek into how I approached my first 90 days as a startup Chief of Staff.
Feb 22, 2022
5 min read